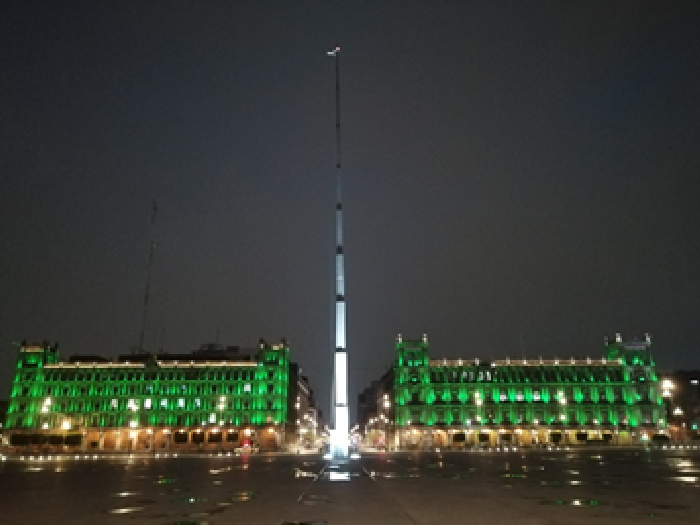 Last July 1, 2020, Mexico celebrated 120 years of Plant Health activities, according to historic writings published in 1900 by the naturalist Alfonso Luis Herrera López, who was the first person in charge of the Commission on Agricultural Parasitology (similar to Agronomy) in Mexico. It is also worth noting that Chapultepec Zoo in Mexico City bears the name of this distinguished Professor.

It is also worth noting that Chapultepec Zoo in Mexico City bears the name of this distinguished Professor This year we have a unique and unrepeatable circumstance, as there are two reasons why the year 2020 is important for Mexicans – not only are we celebrating the “International Year of Plant Health”, but we are also commemorating the “120th Anniversary of Plant Health in Mexico”.

The purpose of these celebrations is to raise awareness within society on the crucial role of plant health in sustainable agriculture, as well as in promoting growth and economic development which in turn brings well-being to the population. In addition, recognizing the critical task of producing healthy food and creating awareness among the Mexican population concerning the importance of plant health, and how the protection of plant health can help eliminate hunger, reduce poverty, protect the environment and encourage economic development.

For this reason, Senasica in Mexico identified a series of outreach efforts to commemorate these important events, as described below.

We started the celebration with the National Day of the Agronomist, that recognizes the role that phytosanitary professionals play in the production of high-quality food and commitment to protect crops from pests and diseases that affect production. This event brought together approximately 1,000 agronomists.

Mexico also designed a commemorative coin that has the 2020 International Year of Plant Health logo on one side and the 120th Anniversary of Plant Health in Mexico logo on the other side. It was extremely successful and nearly 2,000 coins were awarded.

From June 29 to July 3, 2020, a Forum to mark 120 Years of Plant Health in Mexico , with the motto “Healthy agriculture for human health and well-being “, was delivered virtually through YouTube, Facebook and Senasica’s website.

During the forum, and in spite of the pandemic situation in Mexico and the world, more than 100,000 people joined the celebration.

We were honored to receive messages of congratulation from several colleagues working in international organizations such as the Food and Agriculture Organization of the United Nations (FAO) in Mexico, the Interamerican Institute for Cooperation on Agriculture (IICA) in Mexico, the North American Plant Protection Organization (NAPPO), the International Regional Organization for Plant and Animal Health (OIRSA), and the International Center for Maize and Wheat Improvement (CIMMYT), as well as Mexico’s National Agriculture Council (CNA), who were keen to recognize the work dedication of Mexican authorities in animal and plant health including Dr. Víctor Manuel Villalobos Arámbula, Secretary of Agriculture and Rural Development of Mexico, Dr. Francisco Javier Trujillo Arriaga, Chief Director of SENASICA, Mr. Francisco Ramírez y Ramírez, Plant Health General Director and teams of professionals they oversee.

During this important week for Mexico and concluding on July 10th, several Mexican buildings and iconic monuments were illuminated in green in cities including Mexico City and in the capital cities of states such as Guadalajara, San Luis Potosí, Chiapas, Campeche, Colima, Guanajuato, Guerrero, Nayarit, Puebla, Sinaloa and Tabasco, as well as the main Senasica office in Mexico City.

Furthermore, Mexico issued a commemorative lottery ticket with a drawing on July 26 that mentions both events.

A series of thematic exhibits are planned for the main subway stations within the Public Transport System in Mexico City, Guadalajara, and Monterrey 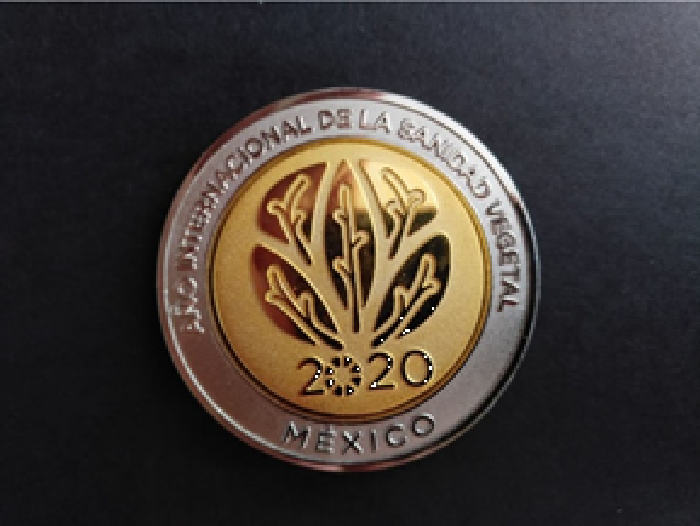 Closing activities will take place at three phytosanitary fora: the first one will be aimed at growers, packers, industry and public in general; the second will focus on legislators and authorities in charge of approval of plant health policies; the third and last forum will focus on the scientific, academic and student communities, with participation of scientific societies related to plant health, such as the Mexican Academy of Applied Entomology, Entomological Society of Mexico, Mexican Society for Plant Pathology, Mexican Weed Science Society, Biological Control Mexican Society, among others.

These actions reaffirm Mexico’s commitment to the international community to collaborate in fighting agricultural pests and prevent their introduction and spread.  This role afforded Mexico the honor to chair the International Plant Protection Convention (IPPC), be a member country  of the North American Plant Protection Organization, NAPPO, as well as of the International Regional Organization for Plant and Animal Health, OIRSA.

Therefore, the Mexican Government, its entities and the growers continue building awareness on the importance of plant health as a public asset that needs to be protected and maintained in order to ensure healthy agriculture, human health, and well-being .

Protecting plants from pests and diseases is more profitable than dealing with large scale phytosanitary emergencies. Pests and diseases, once established, are often impossible to eradicate and their management requires time and money.

The United States is fortunate to have such a strong partner in plant protection to our south. Mexico’s long history as a plant health champion, and its active participation in the North American Plant Protection Organization and International Plant Protection Convention, have promoted plant health across our continent and around the world. I congratulate my colleagues in Mexico on their 120th anniversary of safeguarding our precious plant resources, on which all life depends. Your work helps North America’s farmers to prosper and protects our continent’s vulnerable ecosystems.

Plant health is an international issue that affects all of us, from the air we breathe, to the food we eat, to our natural environment, to the economy. I am pleased to congratulate my colleagues in Mexico on 120 years of work to protect plant health for current and future generations.

The North American Plant Protection Organization (NAPPO) congratulates our colleagues in Mexico on their 120 year anniversary of plant health work. Mexico’s work on plant health has extended far beyond its national borders and contributed to the entire NAPPO region and the world, safeguarding agriculture, improving food security, and protecting the environment while
facilitating trade.  Congratulations to all the men and women from the government and private organizations and their partners for achieving this milestone in the history of plant health in Mexico.